A Chapter by Chapter Commentary on The Romance of the Rose 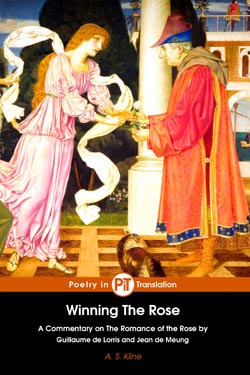 With illuminations courtesy of the British Library.

The original, 13th-century Roman de la Rose preceded Jean de Meung's later continuation by some forty years. Jean claimed that it had been conceived by Guillaume de Lorris who, it is presumed, came from the village of Lorris, near Orléans, France. Clearly he was educated and literate, and therefore likely to have been of the minor aristocracy. He produced in his Romance, a dream allegory of courtly love, in a poetic, reflective and elegant style. His world-view is also shrewd, with his reflections on love partly derived from Ovid’s Ars Amatoria: The Art of Love. Guillaume’s work is an epitome of the allegorical style and a fine development of the courtly tradition of ‘fin amour’. 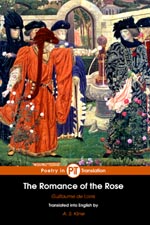 The Romance of the Rose, The Continuation, by Jean de Meung

Jean de Meung wrote his long continuation (dated to between 1268 and 1285 by internal references) of the original Roman de la Rose, conceived by Guillaume de Lorris some forty years earlier. Guillaume had penned a development of the courtly love poem, allegorical in content, to act as an ‘Art of Love’ (Ovid) for his own age. Jean’s continuation is an encyclopaedic moral commentary on his world, the seeds of which lie in Guillaume’s work, but whose content and style of delivery is Jean’s own. 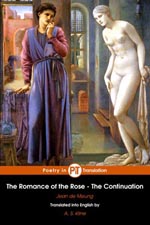 By A. S. Kline ©Copyright 2019 All Rights Reserved