BkISatV:1-33 Off to meet Maecenas, going to Brindisi

Received me: the rhetorician Heliodorus

Was with me, most learned of Greeks: to Forum Appi,

Then, crammed with bargemen and stingy innkeepers. We

Took this lazily in two days, though keener travellers

Than us take only one: the Appian’s easier taken slow!

Here because of the lousy water my stomach declares

War on me, and I wait impatiently while the others

In shadow, and sprinkle the heavens with stars.

Then its slaves shouting at bargemen, bargees at slaves:

That’s enough!’ A whole hour slips by, as they harness

The mule, and collect the fares. The marsh frogs and damned

Mosquitoes keep away sleep, while the boatman, drowned

In sour wine, sings of the girl left behind and a traveller

Joins in. At last the traveller tires and falls asleep,

And the lazy boatman turns out his mule to feed,

Ties the rope to a stone, and snores away on his back.

When day dawns we discover our vessel’s not yet

Under way, till a hot-headed traveller leaps out

thumping mule and man head and sides with a branch

Of willow. At ten we are barely landed at last

And wash our faces and hands in Feronia’s stream..

Then after breakfast we crawl on three miles to Anxur.

Perched on its cliffs that gleam brightly far and wide.

Here Maecenas the best of men’s going to meet us,

An envoy, with Cocceius, on very important business,

Both of them used to settling feuds between friends.

Here I smear some black ointment on my sore eyes.

Meanwhile Maecenas arrives, and with him Cocceius

And Fonteius Capito, a man so perfectly finished

That Antony owns to no greater friend than he.

We left Fundi with pleasure, and Aufidius

Tired out we halted at the Mamurra’s town next,

The next day’s sunrise brings great joy: since Plotius

Varius, and Virgil, meet us at Sinuessa: no more

Shining spirits did earth ever bear, and no one

Could be more dearly attached to them than I.

O what embraces there were there, and what delight!

In health, nothing compares for me with friendship’s joy.

A small villa by the Campanian Bridge offered us

Shelter, and the officers, as required, salt and fuel.

Then to Capua, where the mules shed their loads early.

Maecenas is off for sport, Virgil and I for sleep:

Those ball-games are bad for sore eyes and stomachs.

Then Cocceius’ well-stocked villa welcomes us,

That overlooks the inns of Caudium. Now, Muse,

Tell briefly of the fight ‘twixt Sarmentus the jester,

That joined the fray. Messius of famous Oscan stock:

Did they join battle. Sarmentus first to strike: ‘A horse,

I say, a wild one, is what you resemble.’ We roar,

Says: ‘Oh, if your forehead wasn’t short of a horn

Imagine what you could do, when you threaten us

Mutilated so!’ An ugly scar marred his hairy brow

On the left, you see. Mocking his ‘Campanian’ warts

And joking about his face, he begged him to dance

A dance of the Cyclopean shepherd, while saying

He’d not need a mask or the thick soles of Tragedy.

Cicirrus struck back fiercely: ‘What about that chain

He owed to the Lares? Though a clerk, his lady’s power

Was no less: and finally he asked why he’d run away

Since a bag of meal a day’s enough for the slight and lean.

So we prolonged that supper with all our laughter. 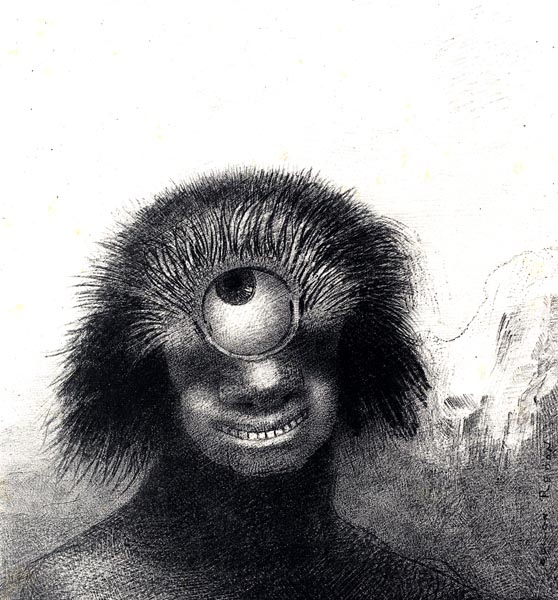 On, straight, to Beneventum: where our busy host

Nearly burned the inn turning lean thrushes over the fire:

As Vulcan’s fumes dispersed through the ancient kitchen,

Darting flames licked right up to the roof overhead.

And everyone tried to extinguish the roaring blaze.

From that point on Apulia begins to reveal

Her familiar hills to me, scorched by scirocco,

And we’d never have crossed if a villa near Trivicum

Hadn’t received us, tearful with smoke from the stove

That was burning up green wood, foliage and all.

Here like an utter fool I lay wakeful till midnight

Awaiting a cheating girl: till sleep carried me off

Thinking of sex: then a dream full of sordid visions

Wet my nightshirt and belly, lying there on my back.

From here we’re rushed on in a cart twenty-four miles,

To spend the night in a little town I can’t fit in the verse,

Though here’s a clue: they sell what’s commonly free

There, water: but the bread’s the best by far, so wise

Travellers carry a load on their shoulders for later,

Water in) a place brave Diomed founded long ago.

Here Varius peels off, to the grief of his weeping friends.

So to Rubi exhausted we come, after we’ve travelled

A long stretch of roadway damaged by heavy rain,

Next day the weather was better, the road was worse,

Right up to fishy Bari. Then Gnatia, on whose building

The water-nymphs frowned, brought us laughter and mirth,

As it tried to persuade us that incense melts without fire

On its temple steps. Let Apella the Jew credit that,

I don’t: I’ve heard the gods live a carefree life,

And if nature works miracles then it isn’t the gods

Gloomily sending them down from their home in the sky.

Brindisi ’s the end of a long road and this story. 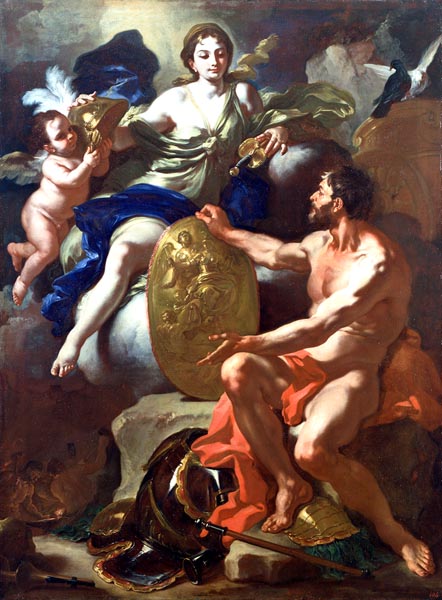 End of Book I Satire V