Blood Wedding, Yerma, The House of Bernarda Alba and Doña Rosita the Spinster and the Language of Flowers 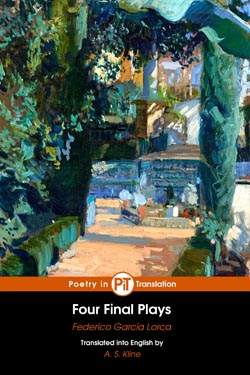 Blessed are the crops, because my sons lie beneath them;

blessed is the rain, because it moistens their faces

Blessed is God, who unites us in rest. 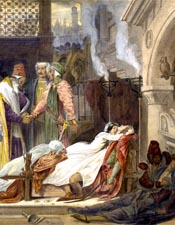 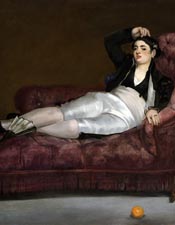 The House of Bernarda Alba 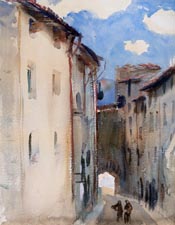 Doña Rosita the Spinster and the Language of Flowers 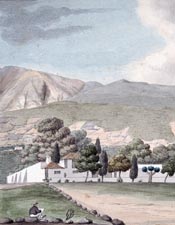 - A Granadine poem of the 19th Century, divided into several gardens with scenes of song and dance.

Lorca wrote more than a dozen plays, of which these later four, created in the 1930’s, are the best known and most popular. Written to support the ‘theatre of social action’, while travelling with a touring company through rural Spain, the plays employ simple but poetic language, strong passionate speech, and intense moments of action or emotion, to convey the claustrophobic life of the people. Lorca wrote: ‘Theatre is a school of tears and laughter, a forum for liberty, where people can question obsolete or erroneous social norms, and explain through living characters the eternal modes of the human heart.’ While exploring the stifling aspects of contemporary life for both the rural poor and the isolated individual, his plays also challenged the conventional roles of women in society, and allowed him to express, indirectly, his frustrations with attitudes to sexuality and homo-eroticism which affected him personally, and may have contributed to his subsequent persecution within Spain and his death.

Federico Garcia Lorca (1898-1936) is primarily known for his poetry and plays, which opened Spanish literature of the early twentieth century to influences from the wider European literary movements, such as symbolism and surrealism. Born near Granada, he attended university there and in Madrid. His early interest in painting, music and literature led to both his first attempts at a poetic language and his deep interest in Spanish folk music and lore, and the Gypsy Ballads of 1928, expressing this interest, is perhaps his best known and most evocative collection of poems. His later poetry, escaping to some extent from this folk tradition, which he viewed as artistically limiting, expresses the vicissitudes of love and longing, and a degree of personal anguish. His mature plays, translated here, expressing socially liberal views, made him a target for the increasingly powerful right-wing forces that led to the Franco regime, and resulted in his execution by Nationalist militia in August 1936, probably on the grounds of both his socialist politics and his sexuality. His works were banned under the Franco regime until 1953. He is now regarded as, arguably, the greatest poet writing in the Spanish language of the early twentieth century.

Translated by A. S. Kline © Copyright, All Rights Reserved. Made available as individual, open-access works in the United Kingdom, 2007, via the Poetry in Translation website. Published as part of the collection ‘Four Final Plays’, ISBN-10: 1986116565, March 2018.

This work may be freely reproduced, stored and transmitted, electronically or otherwise, for any non-commercial purpose. Conditions and Exceptions apply. Permission to perform this version of the play, on stage or film, by amateur or professional companies, and for commercial purposes, should be requested from the translator.

Please note that Federico García Lorca's original, Spanish works may not be in the public domain in all jurisdictions, notably the United States of America. Where the original works are not in the public domain, permissions should be sought from the representatives of the Lorca estate, Casanovas & Lynch Agencia Literaria.