How was dinner with Nasidienus, the blessed?

Trying to get you as my guest yesterday I was told

You’d been drinking there since lunch-time. ‘Yes, and had

What dish was first to assuage your raging appetites?

‘The first was Lucanian wild-boar: caught, as the head

Of the feast kept saying, when a soft southerly blew.

Round it spiced turnips, lettuce, radishes, things that tease

The lees of Coan wine. When they were cleared away

A girded lad wiped the maple board with a bright cloth,

While a second swept away whatever scraps remained

Or whatever might offend the diners: then in came

And Alcon with a Chian needing no added brine.

Then said our host: “Maecenas, if Alban is more

Pleasing to you, or Falernian, well, we have both.”’

The miseries of riches! But Fundanius

I’m eager to know who enjoyed the meal with you. 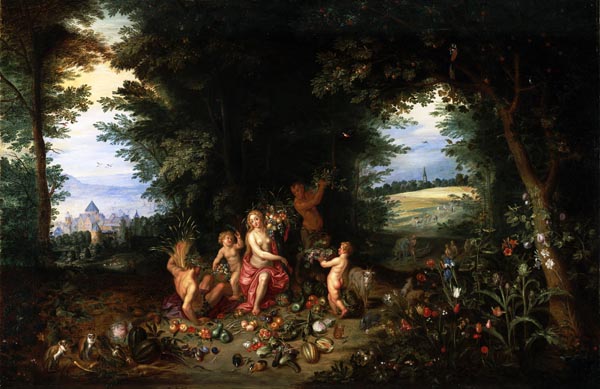 ‘I was there at the head, and next to me Viscus

From Thurii, and below him Varius if I

And Vibidius, Maecenas’ shadows, whom he brought

With him. Above our host was Nomentanus, below

Porcius, that jester, gulping whole cakes at a time:

Nomentanus was by to point out with his finger

Anything that escaped our attention: since the rest

Of the crew, that’s us I mean, were eating oysters,

Soon obvious for instance when he offered me

Fillets of plaice and turbot cooked in ways new to me.

Then he taught me that sweet apples were red when picked

By the light of a waning moon. What difference that makes

You’d be better asking him. Then Vibidius said

To Balatro: “We’ll die unavenged if we don’t drink him

Bankrupt”, and called for larger glasses. Then the host’s face

Went white, fearing nothing so much as hard drinkers,

Who abuse each other too freely, while fiery wines

And Balatro were tipping whole jugs full of wine

Into goblets from Allifae, the rest followed suit,

Only the guests on the lowest couch sparing the drink.’

BkIISatVIII:42-78 The trials of being a host

‘A lamprey arrived, stretched out on a dish with prawns

Swimming round it. The host said: “This was caught before

Spawning, after they spawn the flesh is inferior.”

The dressing’s mixed like this: Venafran oil, from the first

Pressing: fish sauce made with juice of the Spanish mackerel:

Five-year old wine, from Italian slopes not Greek ones,

Added while boiling (Chian is best for this after

Boiling, nothing better): white pepper, and without fail

Vinegar made from fermented Methymnian grapes.

I was first to proclaim that green rocket, and bitter

Adds unwashed sea-urchins, their juice is better than brine.”

While he was speaking the wall-hanging over it collapsed

Heavily onto the dish, dragging down more black dust

Than the North-wind blows from Campania’s fields.

We feared worse, but finding there was no subsequent

Danger, uncurled. Rufus wept, head bowed, as if his son

Had met an untimely fate. What would the outcome

Have been if Nomentanus the wise hadn’t rallied

His friend: “O Fortune, what deity treats us more

Cruelly than you? How you always delight in mocking

Said: “It’s the mortal condition, and the returns

Of fame will never prove equal to your efforts.

To think, that to entertain me in splendour, you

Should be strained and tormented by every anxiety,

Lest the bread’s burned, the dressing’s not properly seasoned,

Each slave’s correctly dressed, and groomed for serving!

And all the other risks, the wall-hanging falling,

As it did: or your servant slipping and breaking a dish.

But as with a general, so a host: adversity

Nasidienus replied: “The gods grant you every blessing

You pray for! You’re a fine fellow, and a courteous guest!”

He called for his slippers. Then from each couch you heard

The murmur of whispers filling those attentive ears.’

There’s no attraction I’d rather have watched: but say

What did you find to laugh at next? ‘While Vibidius,

Was questioning the servants as to whether the jug

Was broken too since the glasses hadn’t arrive as asked,

While we were laughing at tall stories, Balatro

Prompting, back you come, Nasiedenus, with smoother

Brow, ready to remedy mishap with art. Then boys

Seasoned with plenty of salt, sprinkled with meal,

Plus the liver of a white goose fattened on rich figs,

And shoulder of hare on its own, reckoned more tasty

Than if eaten attached to the loin. We saw blackbird,

Then, the breast charred, and pigeon without the rump,

Delightful things if the host wasn’t full of their source

And nature: in revenge we fled from him, so as not

To taste them, as if Canidia had breathed on them

With a breath more deadly than African serpents.