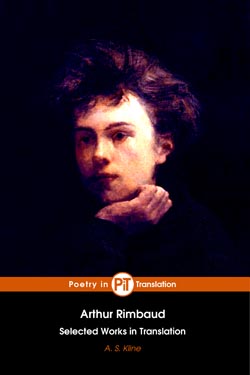 'Une Saison en Enfer' complete, and an extract from the 'Voyant' Letter

Rimbaud’s poetry developed and extended the symbolist legacy of Baudelaire, who with apolitical intensity had responded to the challenge of modernity in verse embodying a new and darker vision. Rimbaud in his early verse expresses a lyrical and sensuous relationship with his subject matter, using conventional verse forms as Baudelaire had, to explore unconventional, modernist patterns of thought and behaviour. While seemingly adolescent in some respects, the poetry is also astoundingly mature, both as poetry and in exposing his underlying discontent with French provincial life and culture.

In his later work, Rimbaud used prose as a poetic medium to express a mounting disgust with conventional existence and the deadened spiritual state of nineteenth-century Europe, in an extremist, semi-incantatory mode of literature, aimed at deranging the senses while provoking the intellect. It is a form of writing that strongly influenced the Dadaist and Surrealist movements, which further challenged common sense and extolled the dislocation of perception.

The energy that produced the poetry was then directed elsewhere. Through disgust with his previous existence and the artificiality of literature, through an inability perhaps to take the content of his poetry any further creatively, Rimbaud abandoned his writing, in symbolic renunciation, and effectively submerged himself in the practical world of trade and in alien cultures, an inner move towards the greater immediacy and emotional simplicity of those cultures paralleled in the arts by Baudelaire earlier and Gaugin later. 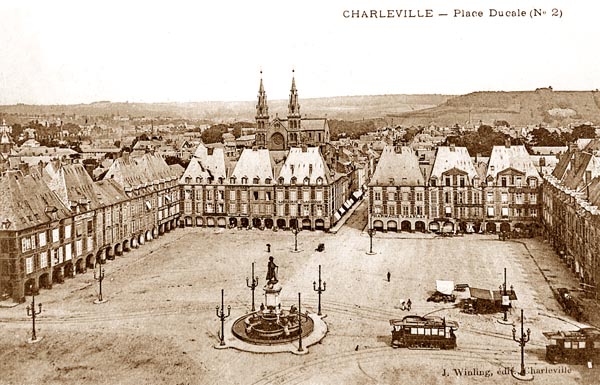 Arthur Rimbaud was born in Charleville, France in 1854, into a Catholic family, his father being a military officer. His literary talent was precocious and he produced most of his poetic work between the ages of seventeen and twenty, renouncing literature entirely by the age of twenty-one. In 1871 he left the provinces for Paris, having previously established contact with Paul Verlaine, the symbolist poet. Rimbaud and Verlaine developed a close but stormy relationship, fuelled by alcohol and hashish. In 1872, Rimbaud and Verlaine were in London, the latter having left his wife and son, but increasing bitterness led Verlaine to return to Paris, and after a meeting in Brussels in 1873, in which a drunken Verlaine fired a shot at Rimbaud wounding him in the wrist, Rimbaud returned to Charleville where he wrote Une Saison en Enfer (a Season in Hell), and in 1874 travelled to London where he compiled, the series of poems comprising Les Illuminations. 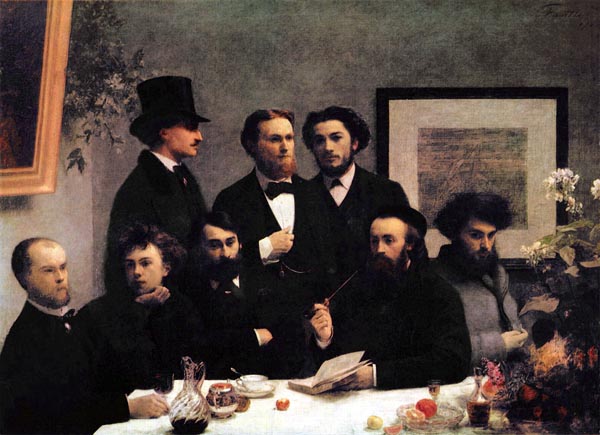 Renouncing literature thereafter, he travelled widely between 1875 and 1880 in Europe, and voyaged to the East Indies, finally settling in Aden, Yemen. There, he worked for a French trading company until 1884 when he established himself as a trader on his own account, dealing primarily in Ethiopian coffee, and establishing strong relationships in Harar. In 1891 however he developed a bone cancer, which was misdiagnosed, that led to his return to France and eventual death at Marseilles in 1891 at the age of thirty-seven.