Translated by A. S. Kline © Copyright 2005 All Rights Reserved

Answer this, too, Tiresias, add to what you’ve told me:

By what methods and arts can I hope to recover

My lost fortune? Why do you laugh? ‘So it’s not enough

For the man of cunning to sail home to Ithaca,

And gaze on his household gods?’ O you, who never lie

To any man, see how I return, naked and needy,

As you foretold, to stores and herds stripped by the Suitors:

Birth and ability are less than sea-wrack, without wealth.

‘Since, not to beat about the bush, then, you dread poverty,

Hear a way by which you can grow rich. If a thrush

Or something is given you for your own, let it fly

To where a great fortune gleams, to an old master:

Or whatever tributes your tidy farm bears you,

Before your Lar does, he’s worthier of your respect.

However great a liar he is, of no family, stained

By a brother’s blood, or a runaway, don’t refuse

If he asks you to go for a walk, take the outside.’

What, walk with some filthy slave? Not thus did I show

Myself at Troy, matched always with my betters. ‘Then,

It’s poor you’ll be.’ I can command my noble spirit

To bear it, I’ve suffered worse. Tell me, now, Prophet,

Though, how I can root out wealth and piles of money.

About slyly for old men’s wills, and if one or two

After swallowing the bait, escape your wiles,

Don’t give up hope, or abandon the art in scorn.

If a case, great or small’s debated in the Forum,

The better man boldly to court, you be his lawyer:

Spurn the citizen with the better reputation

Or cause, if he’s a fertile wife or an heir at home.

Enjoy their first name): “Worth makes me your friend:

I know the law’s pitfalls, I can defend a case:

Insult you or cheat you of a nutshell: my concern’s

That you lose nothing, invite no ridicule.” Tell him

To go home and take care of his health: you be his

Lawyer: persist and adhere, even if “the glowing

With thick tripe “Spews hoar-frost on the wintry Alps.”

“Can’t you see,” someone says nudging his neighbour,

“How patient he is, how willing, a help to his friends?”

And more tunny-fish will swim up, to stock your ponds.’

‘In case too close attention to a childless man

Betrays you, try one whose rearing a sickly boy

Your goal of being named second heir, and if fate

Sends the lad to Orcus you can usurp his place:

It’s very unusual for such a gamble to fail.

If someone hands you his will to read, decline,

And remember to push the thing far from you,

But snatch a sidelong glance at the second line

Of page one: run your eye over it quickly to see

If you’re one of many. Often a clerk cooked up

From a minor official fools your gaping raven,

Are you mad? Or teasing, versed in obscure utterance?

‘O Laertes’ son, what I speak will prove true or not,

Great Apollo gave me that gift of prophecy indeed.’

Fine, but say what your nonsense means, if you would.

‘When a young hero, terror of Parthia, born of

Aeneas ’ noble line, is mighty on land and sea,

Of Nasica, he who dreads paying debts in full.

To read: After many a refusal Nasica

Will take it at last and scan it silently, finding

That nothing’s left to him and his, except lament.’

BkIISatV:70-88 Try every trick, but be careful!

‘I’ll suggest this too: if perhaps a scheming woman

Or freedman controls some old idiot, be their ally.

Commend them, so you’ll be commended in absentia:

That helps too. But it’s best to storm the prime objective

Yourself. Does the fool scribble atrocious verses:

Praise them. Is he a lecher: don’t wait to be asked:

Hand Penelope over swiftly to your better.’

Do you think she could be induced to, she so chaste,

So honest, no Suitor tempted her from the right course?

‘Why, yes: the young men who came were sparing of gifts,

They were more eager for the cooking than the loving.

That’s why your Penelope’s chaste: but once she scents

Profit from some old man, in company with you, she’ll

Be like a bitch that won’t be scared from a juicy bone.

I’ll tell you something that happened in my old age.

A foul Theban crone willed to be carried to the grave

Like this: her body well-oiled on her heir’s bare shoulders.

Surely to see if dead she could give him the slip: I guess

He’d pressed her too hard while she was alive. Take care:’ 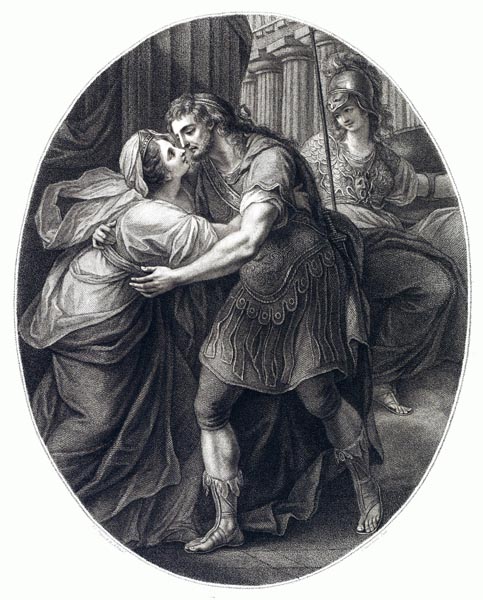 BkIISatV:89-110 Be discrete even after inheriting

The garrulous offend those who are dour and moody:

Yet don’t be overly quiet. Act Davus in Comedy,

Stand there head bowed, like one with a lot to fear.

Proceed attentively: if the breeze stiffens, warn him

To cover his blessed head carefully, use your shoulder

To make a way for him through the crowd: give ear

When he chatters. Is his desire for praise a nuisance?

Praise, till he lifts his arms skywards crying: “Enough!”

And when he frees you from long and careful service

And, awake for sure, you hear the words: “One fourth

Shall Ulysses inherit,” let fall now and then: “Is my

Friend Dama no more?”, “Where’s one so firm and loyal?”

And weep for him a little if you can. You can hide

Any joy your face betrays. If the tomb should be left

To your discretion, don’t be mean with its construction:

Let the neighbours praise the handsome funeral. And if

An older co-heir happens to give a grave-yard cough

You’d be happy to knock it down to him for cash.

But Queen Proserpina calls me: live long, and farewell!’